The Journey to Get My First Scholarship (Fellowship)

I was only 18 when I read in an article on my campus’s bulletin board that one of my junior high school friends received a scholarship to study abroad as an exchange student. I was happy for her but jealous at the same time because I couldn’t have the same opportunity since I studied for a three-year diploma.

In Indonesia, scholarship or fellowship is normally given to bachelor students. I felt that it was unfair. Hence, since then, I had developed a desire to study abroad. I wanted to prove that a diploma graduate could also get a scholarship. I knew that the journey would be a very long journey.

I graduated from a diploma program in 2005. Then, I worked for four years before I took an extension program to get a bachelor’s certificate. Having a bachelor was the first key to open an opportunity to get a scholarship. However, many scholarships had a requirement that I couldn’t fulfill. They asked the applicants to have a minimum of two years of working experience after graduating from a bachelor’s study. Even though I had 4 years of working experience, it was prior I earned a bachelor’s degree. Thus, I tried to seek another opportunity.

One month after I graduated, there was an opening of a fellowship for young journalists to work in the United States. Without any expectation, I began to take the application seriously. I spoke to so many people in order to make good essays.

About three or four months later, when I already forgot that I had applied for a fellowship, I received a phone call early in the morning. I was in the middle of deep sleep after I had had a night shift in my work. When I heard that it was an interview, I jumped from my bed. I lied a little bit to have 5 minutes of preparation. I said that I was at work, and I wanted to ask for my supervisor’s permission. I went to the bathroom to wash my face, so I would wake up. Without proper preparation, I tried the best to answer all the questions.

A few weeks later, they called me when I was in a bird market in Jakarta. Don’t ask me why I went to a bird market:)) They told me that I passed to the interview stage, and I had to come to their office the next week. I scream, feeling very excited! All the birds on the market were singing happily for me.

I came to their office at 6 am. I think they love giving a surprise. I thought I would have an interview right after I came. It turns out, they handed me few pieces of paper consist of international news that I had to translate into Bahasa as fast as I could. It was like a destiny for me since, at that time, my job in the office was to produce an international news program and translate international news. I couldn’t finish it as it was a long article, but I was confident that I did well.

When they called my name to get ready for an interview, I saw another candidate leaving the interview room with a big smile on his face. “Wow that was a very short interview,” I said for myself. So, I expected to have approximately the same interview duration.

Then it was my turn to enter the room with three interviewers and another five interviewers on skype from the United States. I was very nervous. I hate an interview through a medium. I prefer face to face interview as I can feel the emotion of my interviewer.

My English was very bad back then as I barely spoke in English. So when answering their questions, I sometimes couldn’t smoothly deliver the answer.

The question was mainly about current affairs. Since the US election has been started, the questions were around this topic. I remember they asked about the profile of each candidate from the democrat and republican parties. Since I was writing about those candidates every single day, I could answer their questions.

Then they moved to another topic about the Arab Spring. Again, as I produced an international news program, the Arab Spring was a daily topic for me to write about. So I managed to also answer all the questions.

Then, one interviewer asked me about a famous local case in Sumatra. I had no idea what she talked about. They finally asked me how could I know all the international news but know nothing about national news. And I said to them while laughing that I worked on an international daily news program in the TV station I was working for.

The interview lasted for quite a long time. I didn’t realize how long it took until I finished the interview. I went outside and other candidates said, “Wow, it was a very long one. It took almost two hours!”Wait.. what?! No wonder I lost my breath and sanity. Hahhaha. How could I talk about heavy international political issues for two hours?

Then a staff in that office came to me with a chocolate cake. “You’re so pale. This cake will help you,” she said. She was right. I needed that cake to bring back my sanity. I think they have prepared that cake every year to help a pale candidate like me. I ate the cake and didn’t say a thing to other candidates. Not because I was a big head or anything, I was just too tired and I wanted to sleep. After eating the cake, I said goodbye and good luck to everyone.

I took a taxi to get to my home. In the taxi, I tried to recall all the memories that just had happened. I regretted almost all of my answers, and I said to myself, “I could’ve answered those questions better!”

Right after I got home, I ran to my bedroom. I was so sleepy as I didn’t sleep the night before. So, I fell asleep in less than 10 minutes, while trying to forget all the embarrassing moments of that interview. I said to myself, “At least you have tried. You’ve done a good job, Retno. It’s better than nothing.”

A few weeks later, I accompanied a friend to a bank in Jakarta, when they called me to congratulate me that I was the chosen one. I got the fellowship to work for up to one year in the United States with a full salary. My dream to live at least one year abroad was finally accomplished.

From 2012 to 2013, I live in Washington DC, working as an international broadcaster. I created TV programs, covered many events including the 2012-2013 US Election. I was there covering the inauguration of Barack Obama, UNGA, and many other important events. It was exceeding my expectation.

The lesson learned from my experience is that when you deeply want something, just work on it and never ever think about the result. Just dream and focus on the process. It will come true!

I am the Co-Founder of SAVSKIN and TransforMe and the Co-Writer of a scholarship book called Rahasia Pemburu Beasiswa.

Chevening Interview: What You Need to Prepare 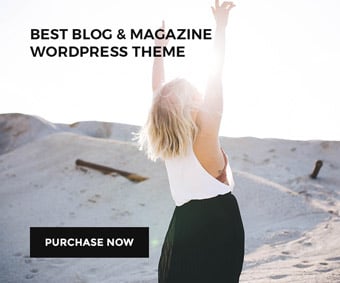 I love sharing about self-care, self-growth, and self-employment while building SAVSKIN and TransforMe. Contact me at hello@retnolestari.co